Published in 2005, The Dignity of the Nation sold over 2 million copies in the Japanese original. As the FT’s David Pilling observed, that was ‘not bad for a book written by a mathematician-turned-social commentator whose themes are rather more heavy-going than Hogwarts: the limits of western logic, why Japan should return to samurai values, and the unique sensitivity of Japanese to nature.’ This bilingual edition, which came out in 2007, has been shortened and presents the Japanese and English on facing pages. 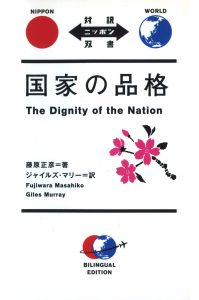